Shaun Proulx is one of the most versatile talents in media and entertainment today. 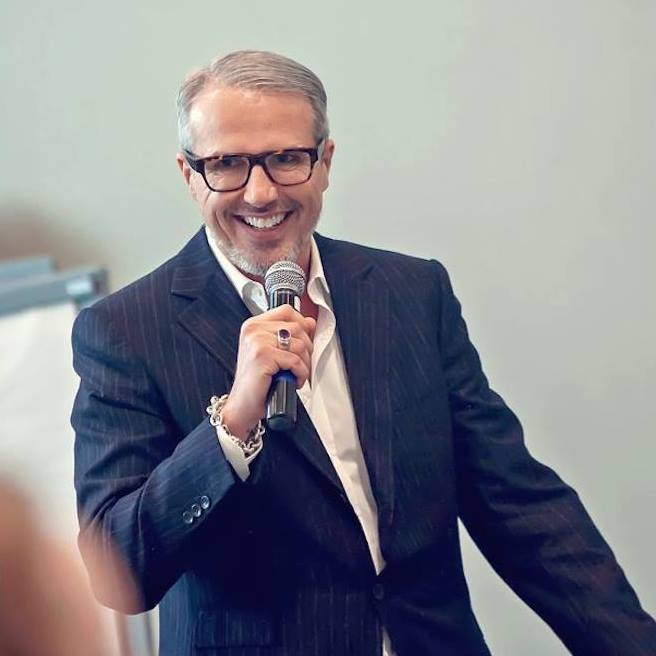 Be sure to check out Shaun's website  and subscribe to his #ThoughtRevolution newsletter and hear podcast episodes of his SiriusXM show.

Shaun has a new "Covid Conversations" section where people can hear different positive takes on the pandemic!

A top-of-mind go-to for premium brands and global organizations, Shaun has been spokesperson, endorsed and appeared in numerous campaigns including Mercedes-Benz, Tre-Stella, Visit Britain, Cryotherapy, and Iceberg Vodka.

A high school dropout with no formal training, Shaun credits his broad success to living well and by his own rules and is therefore passionate about leading a #ThoughtRevolution about the limiting ideas we as individuals and as a society buy into, and busting through the false premises those ideas teach and imbue within us.

His writing has been published in the best-selling Simple Reminders, (83-week bestseller) and he has made come true a top personal and professional dream: Oprah Winfrey joined Shaun for a twenty-minute conversation about the power of a first step, and it was an chance for Shaun to thank Oprah for the powerful impact she has made in his life.

He continues to speak and host across North America, appearing at the Olympian Martha Henderson’s Rising Tides speaker series.

Most recently it was Shaun who, alongside his SiriusXM colleague Arlene Bynon, broke one of the key stories in the tragic Bruce McArthur saga, with their exclusive interview with Sean Cribbin, who narrowly escaped death at the hands of the accused serial killer in Toronto. A portion of it aired nationally on Global Television and Chorus Radio networks in February, 2018.

Called “a visionary entrepreneur” by The Toronto Star (2012) and “Canada’s gay Oprah” by The Huffington Post (2014) Shaun is the poster boy for creating success by your own design.

Having failed grade ten math (before eventually dropping out of high school altogether before graduating,) Shaun has let life be his teacher, with impressive results. He spent eight years in finance, enjoying a six-figure income before age 30, at which point he realized that he wasn’t passionate about what he was doing with his time or his life.

With no set game-plan, Shaun boldly quit the safety of his established career. Armed with a heavy skill-set gleaned from his experiences in finance – including marketing, sales, people-management, business development, and what was termed on CBC’s Connect With Mark Kelly as “sheer talent and moxie” – Shaun ignored the naysayers, determined to explore his writing and performance ambitions and create a life of authentic bliss on his own terms.